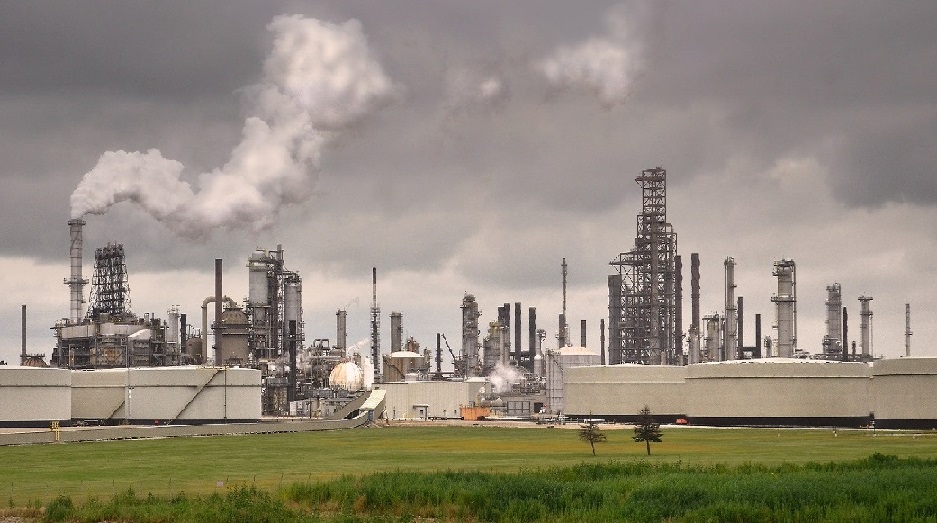 Green ammonia describes the decarbonisation of ammonia production. Ammonia is described as “green” if its synthesis is 100% renewable and carbon-free. For example, it could use hydrogen generated from water via electrolysis (green hydrogen) and nitrogen separated from the air. Both of these processes (electrolysis and separation) and the Haber process used to combine them to make ammonia must be powered by sustainably.

More usually, methane is used to apply hydrogen, which is extracted via steam reforming, contributing 90% of all the carbon dioxide made in the synthesis of ammonia, ~1.8% of global carbon dioxide emissions. Just swapping out this source of hydrogen could be critical to achieving net zero carbon by 2050 – the current global target.

As well as green hydrogen, there is an alternative called blue hydrogen, which involves using carbon capture and storage of all CO2 emissions alongside methane steam reforming. This isn’t as good as it still leaves us with carbon dioxide long term storage to deal with, but provides net zero carbon dioxide emissions for now. Other positive changes include switching to renewable feedstocks and energy sources.

Scientists are also investigating ways to make hydrogen more sustainably. In Japan, lower pressure syntheses at only 5 MPa have been achieved, making the reaction safer and lower energy. This can apply to the ammonia synthesis that follows too – the best process is only 50% efficient!
Learn more about /geoengineering.

Ammonia is a valuable resource. 75-90% of all the ammonia made is used to make fertiliser, which is used to grow 50% of global food. Other industries that use it include pharmaceuticals, plastics, textiles, and explosives. With so many uses, ammonia is known as a “nexus molecule”.

It can even be used an a chemical energy store. Energy is put in to make it, and then its kept liquid pressures of 10-15 bar or -33°C. When the energy is needed again, its burnt to produce electricity – with zero carbon emissions. It can also be used as a hydrogen carrier for fuel cells (hydrogen is difficult and dangerous to transport as a highly flammable gas that needs high pressures or low temperatures to liquefy). Ammonia, meanwhile, is safer and cheaper to store and transport, and may later be “cracked” to re-release the hydrogen.

One bacterial enzyme, nitrogenase, can make ammonia for us. It reduces nitrogen, N2, to ammonia, NH3, at ambient temperatures and pressures using the “energy currency” of the body, ATP, to fuel the process. But its not very reliable because its really sensitive to its surroundings. Nitrogen contaminants from the air, fertilisers, or even cleaning products can change how well the nitrogenase works.

Some scientists are looking at electrochemical reduction of nitrogen to ammonia over a catalyst. The main job of the catalyst is to break the strong nitrogen-nitrogen triple bond in nitrogen gas. Good catalysts will cycle multiple times without getting used up or spoilt. Catalyst lifetime is an ongoing challenge in chemistry, and there’s lots we still don’t understand about it. And its not the only problem. Existing electrocatalysts are not very efficient, making only as much ammonia as background levels – so we can’t even reliably detect how much we made!

So far, catalysts have included noble-metal nanostructures, metal oxides, metal nitrides, metal sulfides, nitrogen- and boron-doped carbon, and lithium metal. This reaction is powered by an applied voltage and avoids the need for the high pressures used to drive a good yield in the Haber Process. It can also be small – say, the size of a mobile.

Biocatalysts have also been considered. Scientists have connected bacterial enzymes to electrodes to create new electrocatalysts! So far, this hasn’t worked out too well though… the catalysts reduce protons to hydrogen gas 60% of the time, rather than making ammonia – ideally they’d make 99% ammonia and just 1% hydrogen gas.

So can we decarbonise ammonia production? Ammonia is a crucial chemical, but also has potential for chemical energy storage and could break new bio- and electrochemical paradigms. Is it the fuel of the future?