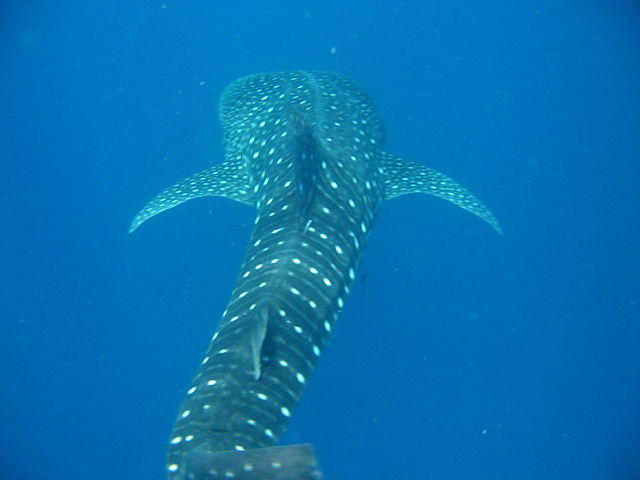 There is no doubt that climate change affects many species – their food sources, their behavioural patterns, and the environments in which they are happy to live. Sharks are cartilaginous fish related to rays - and one of our most poorly understood animals. They inhabit a very alien environment to us and behave very differently. We don’t fully understand what drives them to migrate, although it has been suggested that climate change is a factor. Scientists are eager to explore their regular and irregular excursions.

Shark tagging is employed not only to forewarn people of shark entrances into populated beach areas, but also to map them on their travels and understand their natural routines. We want to know when they are active, when they want to eat, and how far they go in any direction in order to predict their movements and anticipate safety concerns. We are beginning to understand a little about how sharks navigate using their electroreception to map the earth's “magnetic highways”, and this explains how sharks can travel for thousands of kilometres on the ocean basin to return to previous haunts.

Some sharks have daily routines. Hammerheads, inactive during the day, were observed to let loose a festival of manic refuging activity once the evening came. Lemon sharks, meanwhile, are crepuscular, peaking in activity in both the evening and morning – a common pattern and origin of recommending bathing in the middle of the day, rather than early morning or dusk. The range of observed activity in sharks suggests a divergence in circadian rhythm, and could be used to identify the evolutionary history of these species. Other sharks seem to behave more irregularly, and it is possible that they are more heavily influenced by fluctuating aspects of their habitat, such as mating potential, or that they are natural nomads.

Seasonal migrations are common. Small port jackson sharks may travel 850km each way every year. Great white sharks are known to undergo marathon annual migrations between places as far apart as Western Australia and Hawaii. The Australian Department of Fisheries are currently working on a many-year project to more accurately map the movements of great white sharks. Sharks move up and down as well as horizontally across the ocean floor, not only to segregate ranks, but also to new hunting grounds and meeting spaces. Ocean scientists think it may be misleading to map shark travels in two dimensions because their true journeys are three dimensional in nature and purpose. Female bull sharks even ascend rivers – possibly the only sharks tolerant of fresh water – here, they give birth in a place where their young will be undisturbed until they grow big enough to descend to the salty ocean.

It is possible that sharks also undertake gradual climate-driven migrations. Most sharks are poikilothermic, their internal body temperature identical to that of their external environment. Some sharks, including the porbeagle, mako and white shark are homeothermic: warm blooded to 6.5-10 °C above ocean temperatures[1]. This elevated temperature provides them with more efficient metabolic processes and muscle contraction, making them speedier swimmers. As such they like warmer, saltier seas, but can tolerate waters colder than other sharks for periods of time.

Since coastal areas are generally cooler, the apparent emergence of more sharks in human populated areas could be explained by global warming[2]. Although, because of their differing forms of thermoregulation, not all sharks are directly sensitive to and vulnerable to warming waters, they are sensitive to a number of factors that result from global warming, such as ocean acidification, driven by the absorbance of additional CO2 present in the atmosphere. This acidification also contributes to underwater deforestation. Increasing sea temperatures, acidity and underwater deforestation are all factors that drive the migration of tropical fish towards the poles and seals and sea lions inland - typical prey of the shark. As temperatures rise, animals on both land and sea migrate towards the polar regions, but ocean migration is happening 10 times faster than land migration, at a rate of 4.5 miles per year in the northern hemisphere.

At the same time, fish are seeming to shrink in size, limiting the food supplies available to predators and forcing their reciprocal migration. Overfishing by humans might also contribute. The Highly Migratory Species (HMS) Management Division of the National Marine Fisheries Service (NMFS) are studying sharks, tuna, swordfish and billfish in the Atlantic Ocean to attempt to fully isolate the impacts of climate change upon these ecosystems. For sharks, the study is hugely complicated by their relatively large-scale irregular migratory patterns.

The black-tip shark species have even demonstrated a highly unlikely fast-pace evolutionary survival tactic: cross-breeding. The Australian and common black-tips have started mating, producing hybrid young that can survive in cooler water impossible for the Australian species. The impacts of the introduction of new species on biodiversity is yet to be ascertained.

In Perth, residents think that apparent increases in shark numbers may be due to a large female living nearby, who draws male sharks to the region. Others believe the sightings and attacks may be the result of one particularly active and dangerous shark, although the distribution and frequency of reports makes this unlikely. Increased shark sightings have led to closed swimming bays, and a loss of revenue for diving outlets. It is always possible that shark numbers are not increasing: increasing human populations, use of the sea, and ease of reportability of shark attacks could be creating a false impression of increasing shark populations. Equally, a natural boom might reflect the natural variation in shark numbers decade to decade, rather than a continuous upwards surge. Many sharks, including the great white, are actually endangered, and overall numbers are not reflected by increased coastal sightings.

Whale shark migration is particularly mysterious. Every year, they gather in the Galapagos, but scientists don't know why. Despite being the largest fish in the world, surprisingly little is known about these endangered ocean giants. The Galapagos gatherings are some of the largest in the world, and seem to be made up of adult females, most of whom are pregnant. The offpring, however, are rarely seen: sighting a shark under a year old is almost unheard of! Similarly, no-one has ever seen a whale shark give birth, so it is believed they do so far out at see in the open water, although this is yet to be confirmed. What are the mothers up to? The question remains to be solved.

Scientists are now beginning to form an outline of shark routines for some species. However, their research is far from complete and irregular and regular influences are yet to be entangled, as well as the problem of climate change, and how shark migrations affect people. There are still many fish in the sea.

This article was written by the Things We Don’t Know editorial team, with contributions from Ginny Smith, and Rowena Fletcher-Wood.

Shark migration and movement
8th April, 2016
This article has been updated by RowenaFW.
Learn more