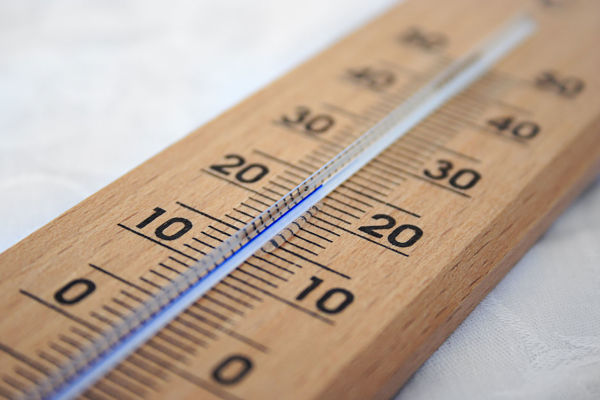 – Albert Einstein Thermodynamics, the study of energy, explains phenomena from why ice floats on water to why wearing black makes you warmer. It tells us about state (or phase), and has allowed us to discover exceptional states like plasmas and supercooled liquids. The realm of materials science, thermodynamics explains the everyday – and introduces some weird and wonderful paradoxes.

There are four laws of thermodynamics and, together, these help us understand the way temperature and energy behave from chemical reactions to the formation of the universe – but we can’t prove the laws true. They could be fundamental underlying truths, or only one of many possible models to explain our observations of the universe – we don't know. Scientists rely on the laws simply because of their amazing predictive power!
Learn more about /Entropy.

Scientists use thermodynamics every day to inform decisions. For example, the first law of thermodynamics tells us that 100% efficiency is impossible: some energy is always lost. Indeed, scientists have found that the maximum, hypothetically obtainable, efficiency for a solar panel that can track the sun is 85% and for one that doesn't – 55% (so, for an overcast day, 55% for a tracking solar panel too). This means that at 35%, we're still a way off what is achievable, but how are we going to solve this?

Kauzmann's Paradox relates to glassy materials, and describes the point when they break the laws of thermodynamics. You may have heard that glass is actually a liquid – it just moves really slowly. In fact, Tudor windows are thicker at the bottom not because glass flows, but because they were made unevenly and they chose to put the heavier ends at the bottom. But there is some truth in the myth: glasses are materials formed by a liquid becoming more and more viscous until it appears to be solid... without changes in bonding. This is different to other liquid-solid phase changes, for example water to ice, where the physical structure of the material changes. The glass transition, as it is known, is a reversible process!

The third law of thermodynamics states that at absolute zero (-273 degrees Celsius) the entropy (or disorder) of a system is zero and the material is now in a perfectly ordered crystal state. Entropy decreases as temperature decreases. Except this creates Kauzmann’s Paradox...

At the glass transition temperature, the entropy difference between solid and liquid is zero, as they are basically the same… so in theory, you could supercool the liquid, the entropy difference would eventually become negative! This is unreasonable, because it would mean the liquid was more organised than the solid, state, then liquids, then gases.">opposite to their definitions! Despite there being several strong ideas about what’s going on here, scientists cannot agree on the cause of such defiance and so the paradox remains a mystery[1].
Learn more about /Entropy.

Some materials exhibit negative thermal expansion and/or negative compressibility – contracting upon heating and expanding upon cooling, or expanding under pressure and contracting when pressure is reduced. Negative thermal expansion materials are important in engineering photonics, electronics and structures, such as for the formation of composite materials like tooth filling that have the same expansion properties as tooth enamel. However, these backwards bulk material properties contradict established thermodynamic theory and scientists want to know more... Recent work shows that small amounts of material at high pressure might exist with a higher entropy than the rest of the material, and maybe this affects it overall.
Learn more about /Entropy.

The Mpemba effect describes how sometimes hot liquids can freeze faster than cooler ones. It doesn’t seem to make any sense at first, since a hotter liquid is much further-away from being frozen than a cold one – at least in terms of temperatures. So, what’s going on? There are a number of ideas – for example, that because hot liquids evaporate more quickly, there's a smaller volume of liquid left to freeze. Or that hotter liquids are less dense, and so convection currents transfer thermal energy from hotter to cooler areas faster. But these effects just aren't big enough. Adding more questions to the mix is the observation that hotter liquids are less able to supercool – i.e. more likely to freeze below their freezing temperature. What's more, scientists can't agree on the Mpemba Effect definition – and whether measurements should be until the liquid is entirely solid, or until it reaches its freezing temperature.
Learn more about The Mpemba Effect.

Water isn't the only liquid whose freezing behaviour is confusing. Surface freezing is an uncommon phenomenon where long-range crystalline order appears in a substance first near the surface of a liquid. It has only been experimentally found in chain molecules like alkanes. Furthermore, in intermediate chain length alkanes (16 to 50 carbon atoms) this happens at a temperature 3oC higher than the equilibrium melting temperature, where an "infinite stack of crystals" melts. There is no consensus yet on why only chain molecules should show surface freezing, and why the length of the alkane chain should show this disparity is anyone's guess.

Sometimes, the same combination of elements (in the same amounts) form different crystal structures – resulting in different materials that react in different ways physical variables like pressure, despite the same elemental ingredients. This is known as polymorphism, and is one of the biggest mysteries in thermodynamics. Factors like the solvent used, or even the way in which the solution was stirred before forming a crystal, affect which polymorph forms, but very little is understood about the underlying mechanisms. A theory-based rule developed by Wilhelm Ostwald states that the least thermodynamically stable polymorph is kinetic, or easy to form, so gets made first. But the rule doesn't explain why, and doesn't always work.

When we mix hot and cold water, through the processes of thermodynamics, we end up with warm water. But this is not the case when it comes to crystals discovered in 2015: made of ultracold atoms trapped in light crystals, these materials show weird quantum effects and have been dubbed a novel state of matter. The atoms always stay below the temperature of the surrounding environment (or are permanently insulated), retaining a quantum “memory” of its initial state. Scientists are investigating how vibrations affect them[2].

Planets should settle down into a state of thermal equilibrium, whereby the total energy they emit into space matches the energy being absorbed from the sun. Anything else means either the planet's temperature rapidly spirals up or down... However, it seems the gas giants Jupiter, Saturn and Neptune don't want to obey this particular law, since they all emit more heat than they receive – which means they must have some form of internal heat source (or thermodynamics is broken). The emitted thermal energy exceeds the absorbed solar energy by 57%, 80%, and 157% for Jupiter, Saturn, and Neptune, respectively [3][4][5] – an impressive feat! We don't know what this heat source could be, though scientists have suggested a "georeactor" – nuclear reactions in the core of the planet! We know that the Earth, in its past, has had such reactors within it!
Learn more about Energy imbalance of the giant planets.

2Entropic gravity (or emergent gravity) describes a theory that gravity is an emergent rather than fundamental force, arising from the statistical behaviour of a large number of particles. The theory describes how macroscale homogeneity comes about through the quantum entanglement of spacetime information, suing string theory, black hole physics, the second law of thermodynamics, and quantum information theory. In the theory, because changing the arrangement of particles changes the amount of information needed to describe a system, it also changes the entropy. Matter affects the arrangement of particles, and so creates an entropic force – what we know as gravity. The theory of entropic gravity is nearly impossible to test, however, because it predicts exactly the same gravitational behavior as general relativity. And where it differs, at the extremes of physics, it’s not really practical to test it, such as at gravitational field strengths below 1.2×10−10m/s2, one 80 billionth of the earth’s. Some have tried to test Erik Verlinder’s theoretical equation for it, but this has its own problems: the equation only works in a narrow scenario, and many of the tests fall outside its scope.

This article was written by the Things We Don’t Know editorial team, with contributions from Ed Trollope, Freya Leask, Kat Day, Rowena Fletcher-Wood, and Holly Godwin.

The Case of the Jumping Carbons
Saturday 18th of June 2016

Why does hot water freeze faster than cold water?
Friday 19th of April 2013

The claim that hot water freezes faster than cold water just got even weirder
21st January, 2017
Some physicists are pointing to strange properties of hydrogen bonds as the solution to one of the oldest mysteries in physics.
Read more