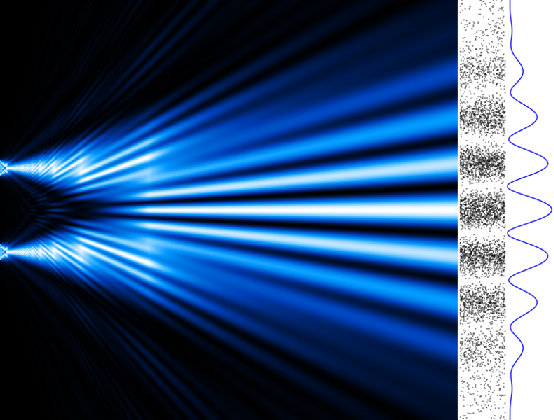 Burj Khalifa is a sky scraper standing at an impressive 828m high in central Dubai. It is the tallest man-made structure to date, and yet the pieces which make up this enormous building are the regular glass, bricks and steel girders all sky scrapers will be made up of. The unique way in which these common materials have been placed together is what makes Burj Khalifa stable, and so it is with atoms. The plants and animals around us, even the rocks and air are all made up of a very complex array of atoms, arranged in such a way that that particular object or substance can exist without falling to bits. We know atoms are made up of smaller particles – electrons, protons and neutrons. The number of each of these particles is what groups the atom into a particular element. Hydrogen is the simplest, and therefore most abundant, element in the Universe consisting of only a singular proton and a partner electron whizzing round it.

We now know, by using various particle accelerators (of which the Large Hadron Collider is the most powerful) to smash particles into each other, that there are many more particles which make up the fabric of the universe. Some of these particles exist only in the extreme conditions created when particles collide, and only for a brief amount of time. Theories predicting the discovery of more particles, or attempting to explain the weird and wonderful interactions between particles grow ever more complicated in the face of advancing mathematics. Physicists study the beautiful swirls made by trails of particles in places like the LHC, so as to decipher what type of particles were made in the impacts. Theoretical and practical physicists alike are constantly discovering more and more amazing things about the nano-scale building blocks which govern our world.

Currently there’s a widely accepted model which has so far been successful in predicting and explaining sub-atomic behaviour. This model is known as the Standard Model, and describes almost every particle and fundamental force we have a name for. One such force is known as the ‘strong’ force, and acts over inconceivably short distances. It boasts a power of over 137 times more than electromagnetism however because it only has a range of one femtometer you and I will not notice its effects in daily situations. It is thought that this force is responsible for the stability of matter, however according to the current models, it is this exact force which is preventing structures known as ‘tetraneutrons’ from existing. Tetraneutrons are, in theory, four neutrons bound together in a stable state. Doesn’t sound very complicated, however putting this situation into the very finely-tuned mathematical equations which have been successful at predicting other phenomenon produces an impossible result, which scientists say is down to the strong force. There was a claim of physical evidence of the tetraneutron found in a particle accelerator in Caen, yet the results held large errors so cannot be confirmed. If this particular arrangement of neutrons is discovered it could mean trouble for these mathematical elegancies, and perhaps mean that we are wrong about many other aspects of the strong force.

Since its discovery in 1917 the humble proton has been the subject of much scrutiny. You may be aware that the proton itself is not a fundamental particle, but in fact is made up of three quarks and it is these quarks, and their particular arrangement which characterise the particle as a proton. There are 6 types of quarks, the different combinations of which account for the different particles we see in collision events

At least that’s what we thought. Deeper exploration into these quarks has revealed that actually, the quarks can only account for part of the protons personality. The particular characteristic in question is one known as ‘spin’. This rather complex feature of particles is difficult to explain, but you can imagine it as the proton spinning on its axis. So it was thought that spin is caused by the three quarks which make up the proton, however the maths just doesn’t add up. Scientists hurriedly revised their theories about the proton swapping one quark for a particularly sticky particle known as a gluon, and changing the types of the other two quarks. Despite their revision, there are still discrepancies between the model and what physicists observe. Something’s missing, but what?.

Probably the most famous discovery of recent years, the Higgs Boson is one particle predicted by the Standard model which has appeared in the chambers of the Large Hadron Collider. Scientists around the world celebrated as the discovery has huge implications in explaining the world around us. You can read more about the Higgs . But is this mysterious particle detected in the LHC actually the Higgs Boson we’re all expecting to see?
While scientists cannot see the particle itself (it’s very unstable and so decays quickly) they can see the products of its decay. Some of these daughter particles are photons – particles of light, but the LHC detectors are picking up more photons per Higgs than the Standard model predicts! While most other properties match the description, it seems the Higgs we detect is not the Higgs we expected to find.
Learn more about What exactly is the Higgs Boson?.

The newly found Higgs mystifies us further. In order for the Universe to exist, which we can all agree it definitely does, this particle should have a mass which is closer to infinity, as predicted by very clever and long equations. Physicists at the LHC, however, have found that it’s mass is roughly 130 times the mass of a proton. So not quite infinite – therefore the Universe doesn’t exist. Evidently there’s something wrong here – either we’re all living in suspended reality or the model which predicts the Higgs boson to exist needs work.
So what could be different? The Standard model shows a certain amount of symmetry in its predictions. For every particle, there is an anti-particle – a particle which possesses more or less the same behavioural attitudes and mass as its counterpart, but opposite electromagnetic characteristics. For the negatively charged electron, there exists a positively charged positron. However, as yet there is no anti-Higgs. Furthermore, the electron has five more particles in its family making six in total, and there are six quarks in the quark family, making the Higgs a very lonely fundamental particle indeed. It’s possible there are more of the Higgs family out there waiting to be discovered which could balance out the weight issue and convince the theoretical physicists that the universe does exist after all.
On the flip side, theories could be so wrong they need scrapping, and actually it’s just a coincidence that particles come in families and the Higgs is absolutely fine as it is.
Learn more about Does the Higgs Boson have siblings?.

What else could we find?

Black holes and the information paradox

Black holes are as mysterious as they are famous. The event horizon of a black hole is the point of no return beyond which nothing can escape the gravitation pull of the black hole - not even light. Just before this point, quantum mechanics suggests that pairs of particle are produced - and sometimes one falls into the black hole, while the other is radiated away. This is known as Hawking radiation.

However, because matter is made up of particles with a quantum state (encoded information), these particles enter the black hole but only blackbody radiation is emitted. As blackbody radiation doesn’t contain information about quantum states, the information encoded into the particles that fell into the black hole appears to be lost. This poses physicists with a problem, because the laws of quantum mechanics forbid the loss of information. So either we're wrong about the laws of quantum mechanics, or we're wrong about what happens with these particles - and whether this information is truly lost or remains stored somewhere is still not known.
Learn more about Information paradox.

Why can't electrons be identical?

According to the Pauli Exclusion Principle, no two electrons can be described by the same four quantum numbers – in other words, they have to be distinguishable from each other [1]. They can’t look the same and occupy exactly the same space. However, there no clear reason in our current electron models (waves or particles) for two electrons to be distinguishable, and rule only applies to fermions like the electron, not to boson particles like the photon, which cluster and behave quite differently, producing effects like superconductivity.

Particles and your health

There's a lot of concern about the potential toxicity of nanomaterials. Nanomaterials are defined purely in terms of size - they are between 1 and 100 nm in at least one dimension, so they could be made of anything and have any properties - naturally, some will be toxic and some will not. However, because the surface area to mass ratio is so high in nanomaterials, their chemistry is governed primarily by surface rather than bulk properties; this means fundamental physical and chemical properties may be different from larger particles of the same material and just because the larger particles are harmless does not necessarily mean the nanoparticles are. Because toxicity depends upon dose, it is possible that nanoparticles may also alter the amount of a substance that becomes toxic. There is currently no UK-wide legislative restriction on nanomaterials, and they appear in our food, clothes, and many other places. Because there are so many materials in the world, it is hard to test all of them on the nanoscale to see if there is a trend.
Learn more about Nanotoxicity.

This article was written by the Things We Don’t Know editorial team, with contributions from Cait Percy, Johanna Blee, and Rowena Fletcher-Wood.

Today in Fluid Dynamics: “Can a Toilet Promote Virus Transmission?”
16th June, 2020
Pressure from the pandemic is bringing an urgent flow of partial information about the safety-or-danger of everyday activities. That flow brings us this new study: “Can a Toilet Promote Virus Transmission? From a Fluid Dynamics Perspective Featured,” Yun-yun Li, Ji-Xiang Wang, and Xi Chen, Physics of Fluids, vol. 32, 2020, 065107. The authors, at Southeast […]
Learn more